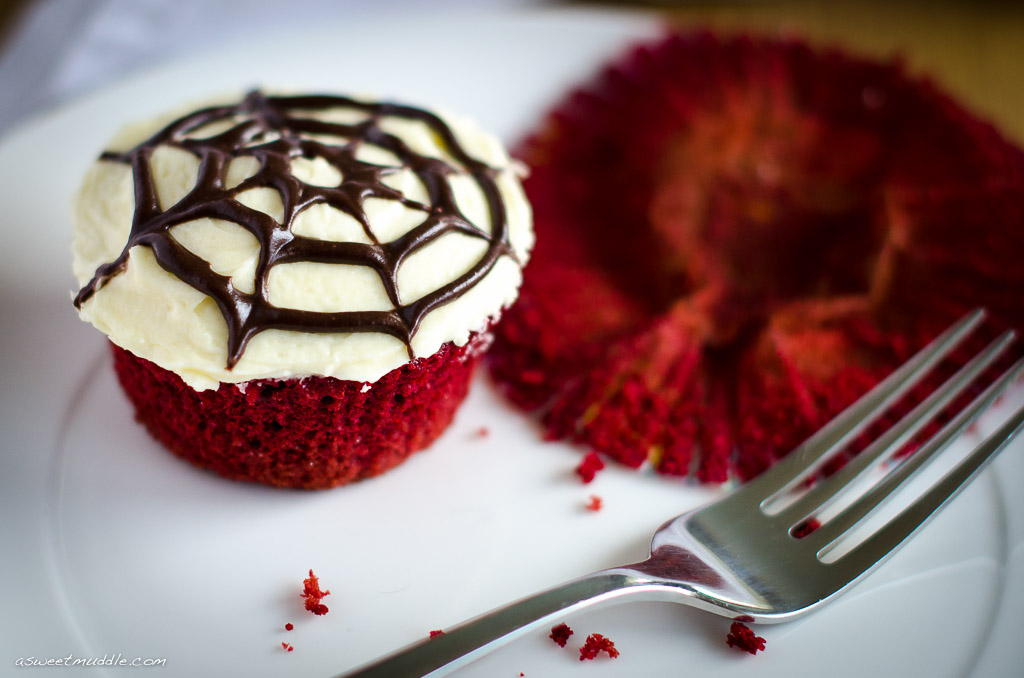 For those of you reading this from somewhere in the US or Canada, you might be surprised to know that there was a time not so long ago when Halloween wasn’t celebrated here in Australia.   Imagine that.  A childhood with no Halloween.  No trick or treating, no costumes and no carving jack-o-lanterns.

While it’s still not celebrated widely throughout Australia, not anywhere near the scale it is in North America, we do seem to be getting more and more in the spirit of things these days.

So with Halloween just around the corner, I thought it would be fun to bake something to celebrate the occasion and these red velvet cupcakes seemed like the perfect choice, especially when topped with a spooky spider’s web or two.

and given it was my first attempt, I have to say the result was pretty darn good. 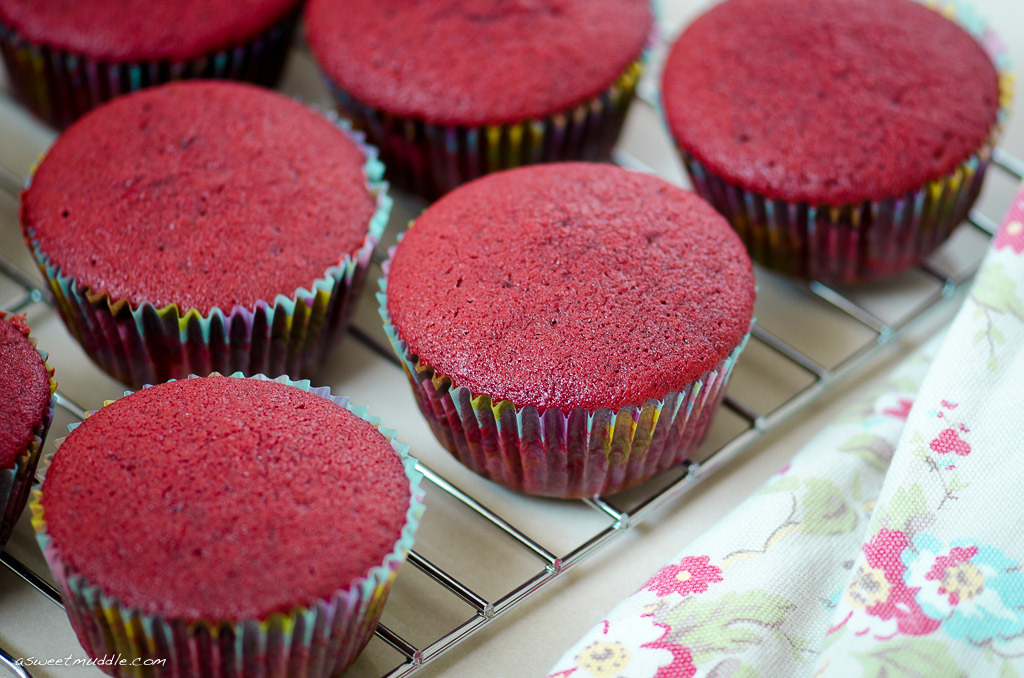 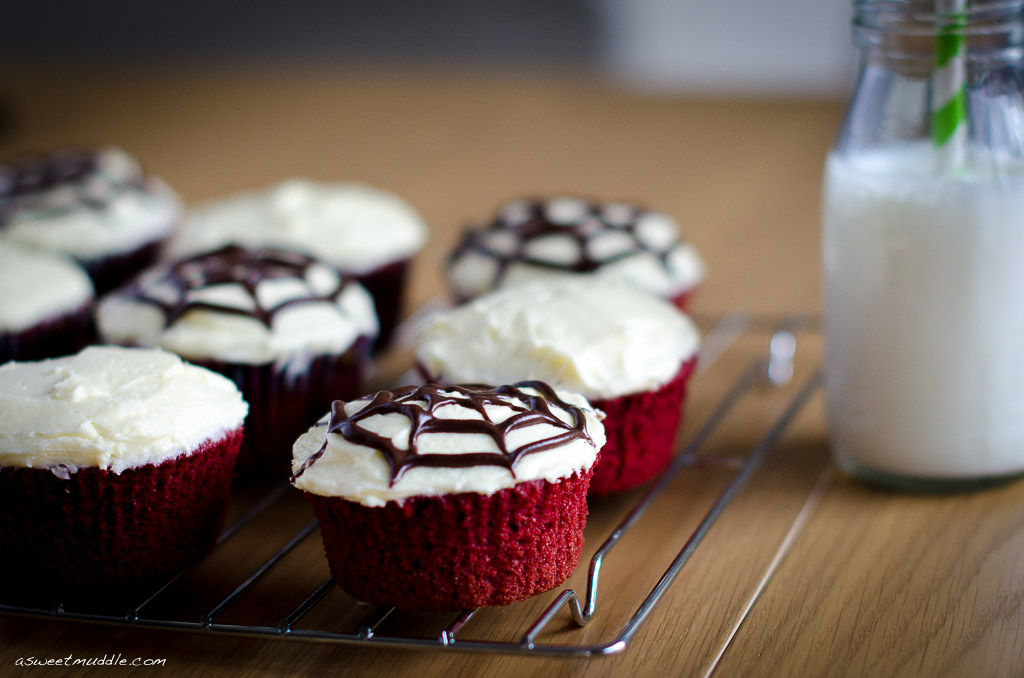 The cakes were light, fluffly and moist and were a gorgeous deep red colour.  I’d go so far as to say they were almost as good as the ones from the Hummingbird Bakery itself.  Almost.  But given their store on Portobello Road is no longer just around the corner for me, I’m more than happy to settle for these.  And judging on how popular they were with my family last night, I’d say I’m not the only one.