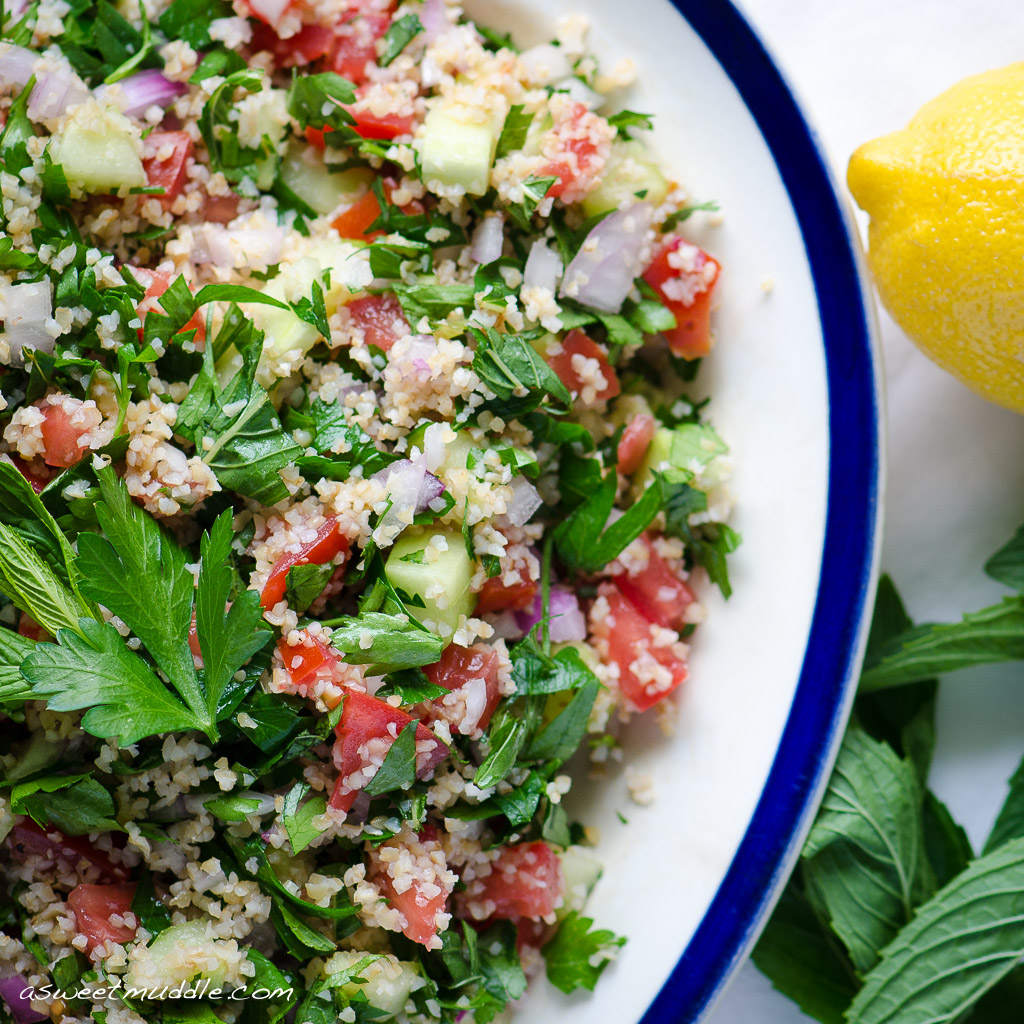 This might be a little surprising, given the conspicuous absence of any salads here on A Sweet Muddle before today, but I do.  I love making them. I love creating new variations of them. And of course, I love eating them.

When it comes to salads, the options are endless.  Along with the obvious variations of salad leaves, there are also nuts, grains, pulses, fruits, cheeses, and so many other sorts of tasty morsels to choose from.  And then there’s the dressings… don’t even get me started on the options there!

So I think we’ve now established, I’m quite partial to the odd salad.

Somewhat lacking in inspiration today, rather than experimenting with the contents of my fridge I’ve revisited an old classic.  A salad I haven’t had in years.  Tabbouleh. 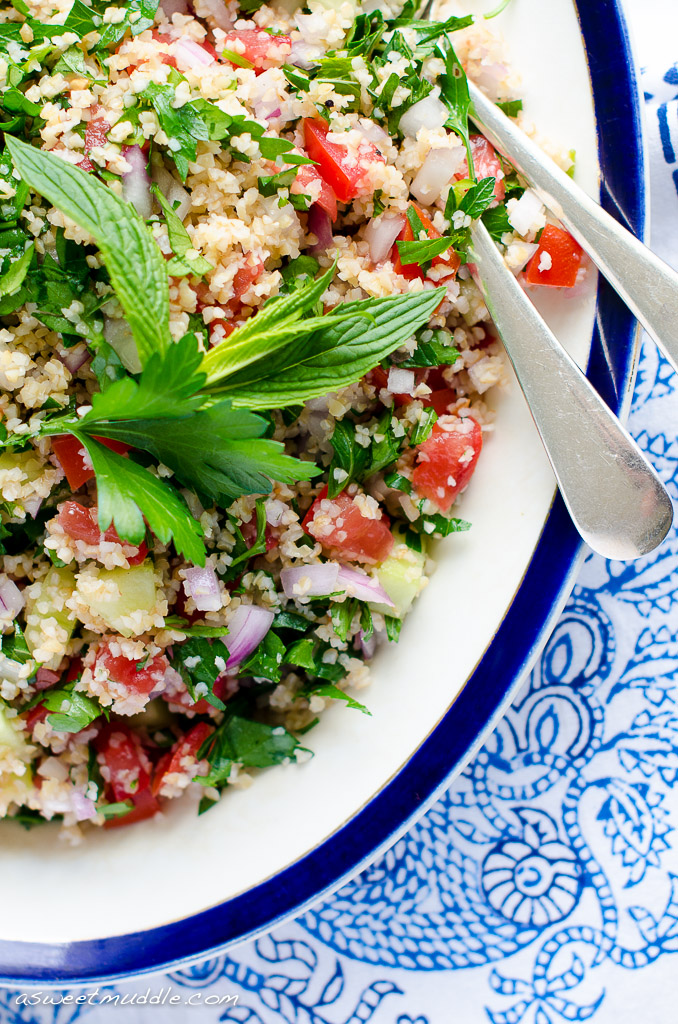 This traditional Middle Eastern salad is now described as a global salad, as its popularity has seen it make its way onto menus around the world.  And for good reason too!

But, until recently tabbouleh has been a bit of a misunderstood salad in the West.  Apparently it’s the parsley, not the bulgar wheat, which is the star of this salad.   I read a good article published by the Guardian a couple of months back on the matter for those of you who may be interested.

Unfortunately, my fridge didn’t contain enough of the star ingredient for this salad to pass the parsley test, so perhaps I should actually rename this version a “tabbouleh inspired” bulgar wheat salad…

In any case, it’s a tasty take on this classic dish and takes no time at all to throw together. 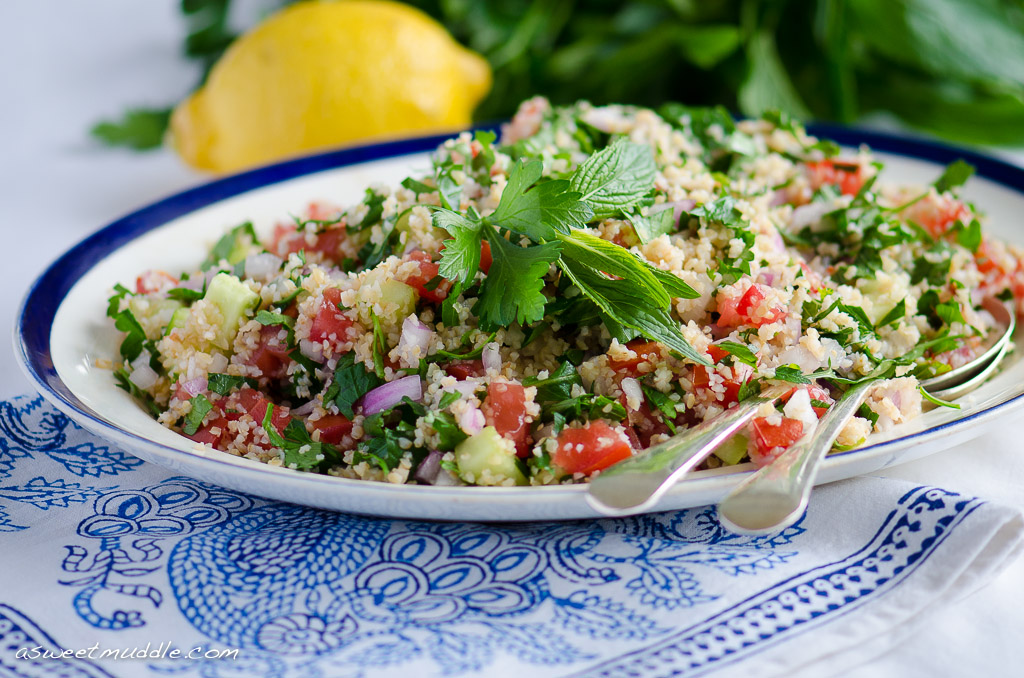 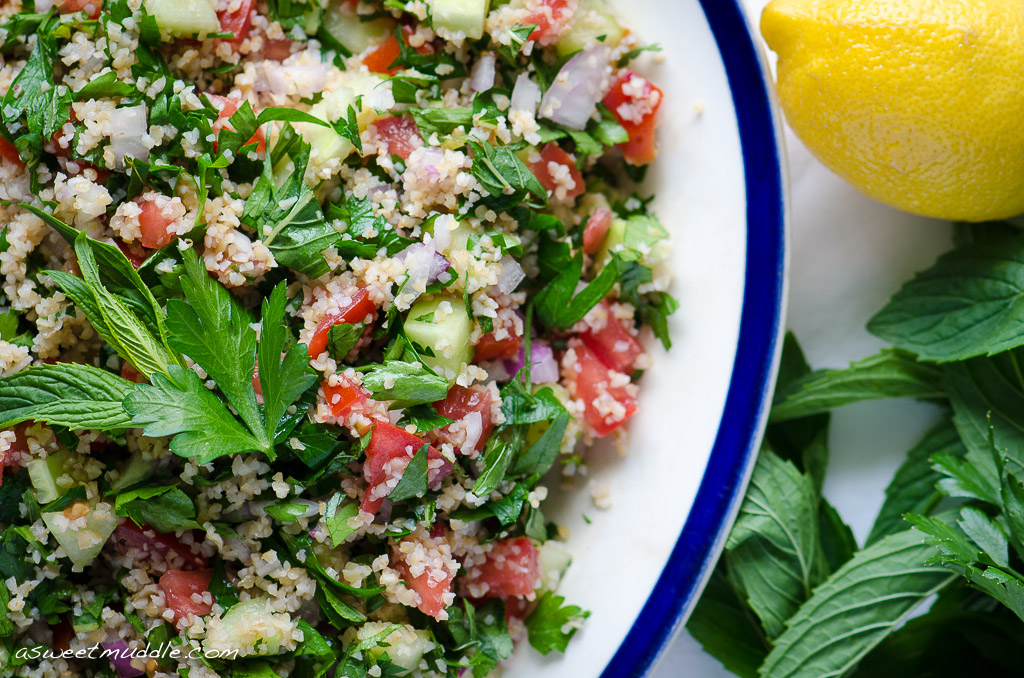 Serves 4
A simple yet tasty take on the ever popular Middle Eastern salad.