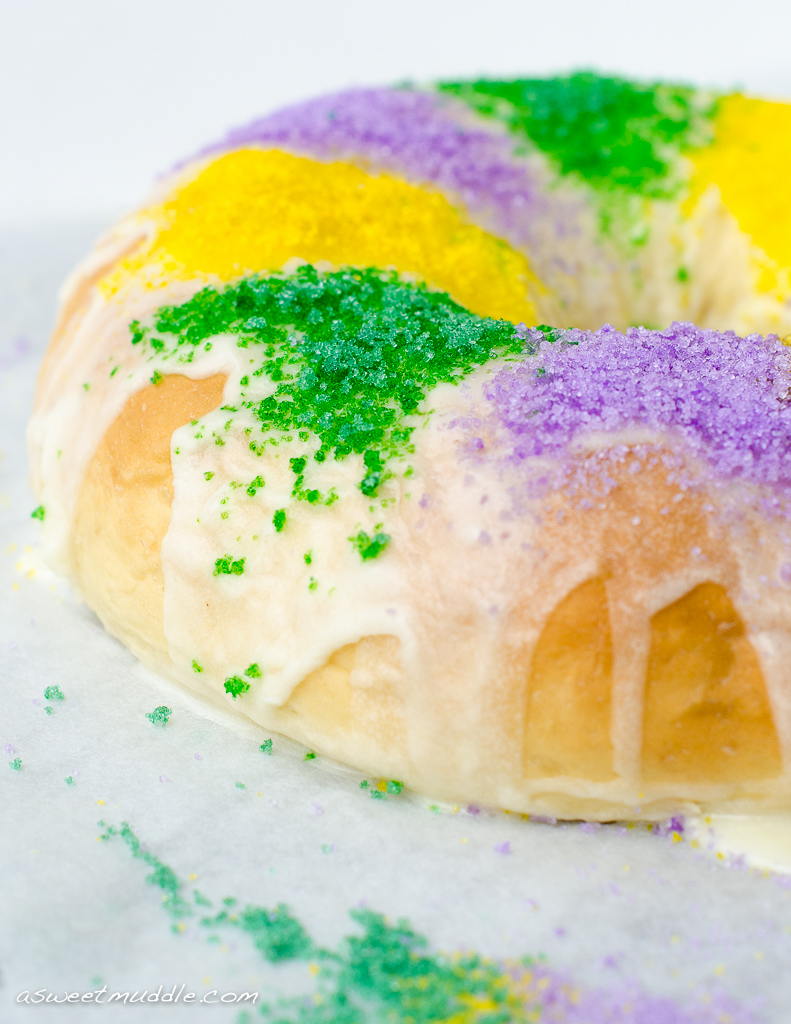 Until last week, I’d never heard of King Cake.  All of these years and not once had the name registered with me. Then last week, twice in the same day.  It was as if the universe was trying to right a wrong.

The first was when photos of this rather garishly coloured cake screamed out in this post by Joy the Baker (who coincidentally provides a good history lesson on the cake’s origins and historic significance).

The second time was when I was reading through the selection of cakes for this month’s Cake Slice Bakers’ challenge.  There is was.  King Cake.  Listed alongside Mini red velvet cakes, Black and white chocolate torte and Mississippi Mud Cake.

Since this cake had finally caught my attention not to mention curiosity, it was the obvious choice for this month’s Cake Slice Bakers’ challenge.  The cake is traditionally eaten between 6 January and Fat Tuesday (also known as Shrove Tuesday and Pancake Tuesday), however as the Cake Slice Bakers’ monthly cake reveal isn’t until today, it’s a few days late. 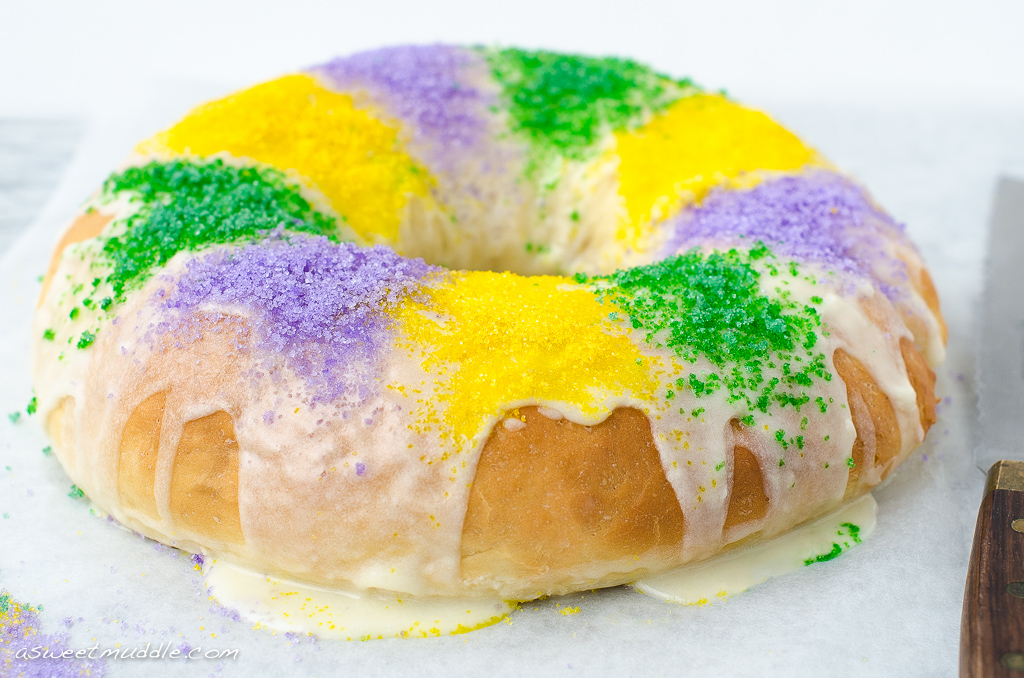 The recipe is from Southern Living’s The Southern Cake Book

, which as the name suggests, is full of iconic recipes from America’s South.  If you don’t own a copy of the book, you can find a copy of the recipe for this King Cake here.

The final result tastes a lot better than it’s traditional decorations would have you believe.  It reminds me a little of a cinnamon rolls, although the dough log is made into a ring rather than cutting it into smaller sections. 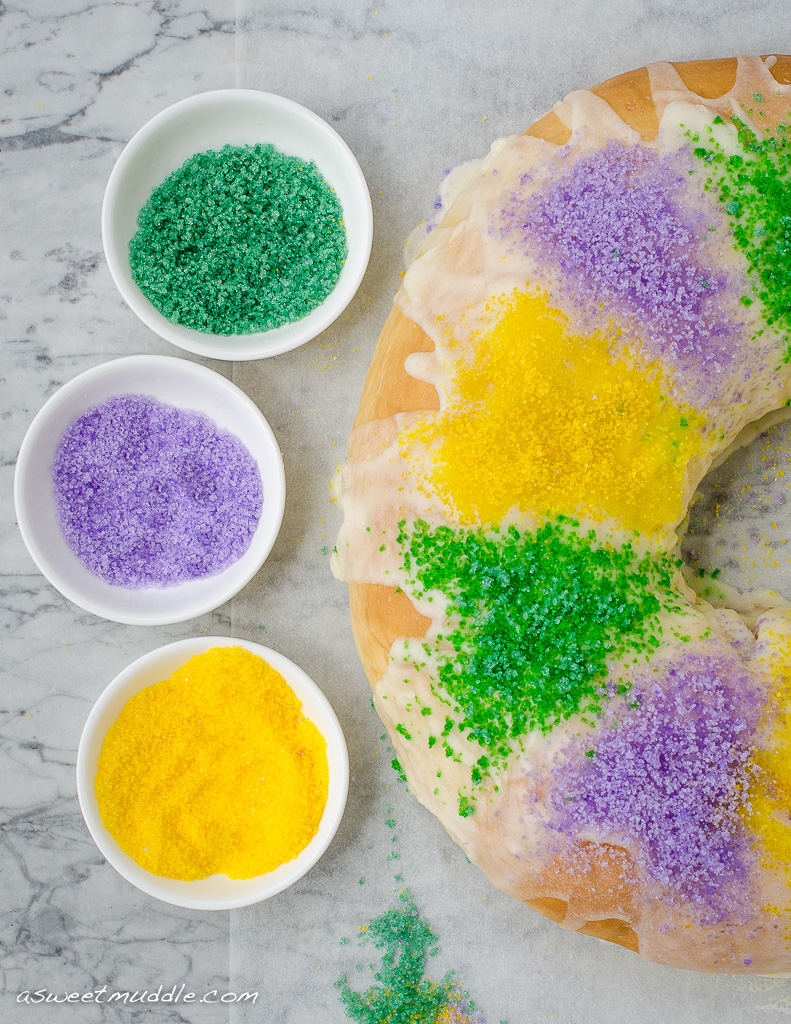 In any case, it’s the perfect cake to have for morning or afternoon tea.

This cake is best eaten on the day and unless you’re wanting to feed a football team or two, I’d suggest halving this recipe.  For some reason the recipe produces two giant sized King Cakes, each of which could serve up to 18 people each!

If you have a spare moment, you can see what the other Cake Slice Bakers have made this month via the linkup below.