Sometimes a picture is worth a thousand words. Don’t you agree? 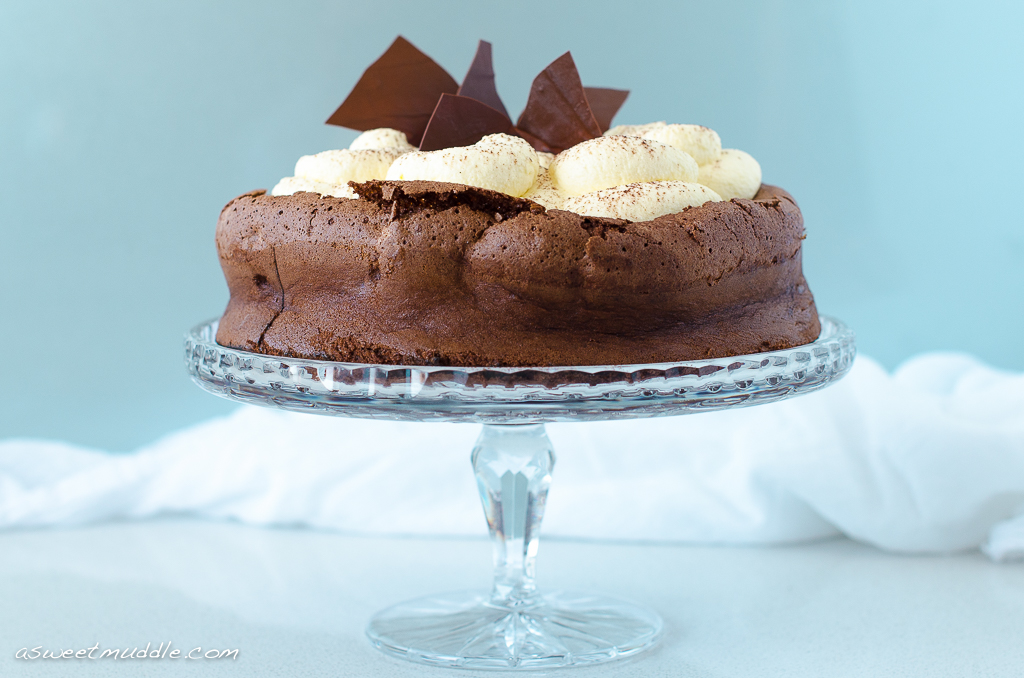 The cake looked so intimidating that it took me almost six years to muster up the courage to make one, on account of my assumption that something so heavenly would invariably be hellishly difficult to make. 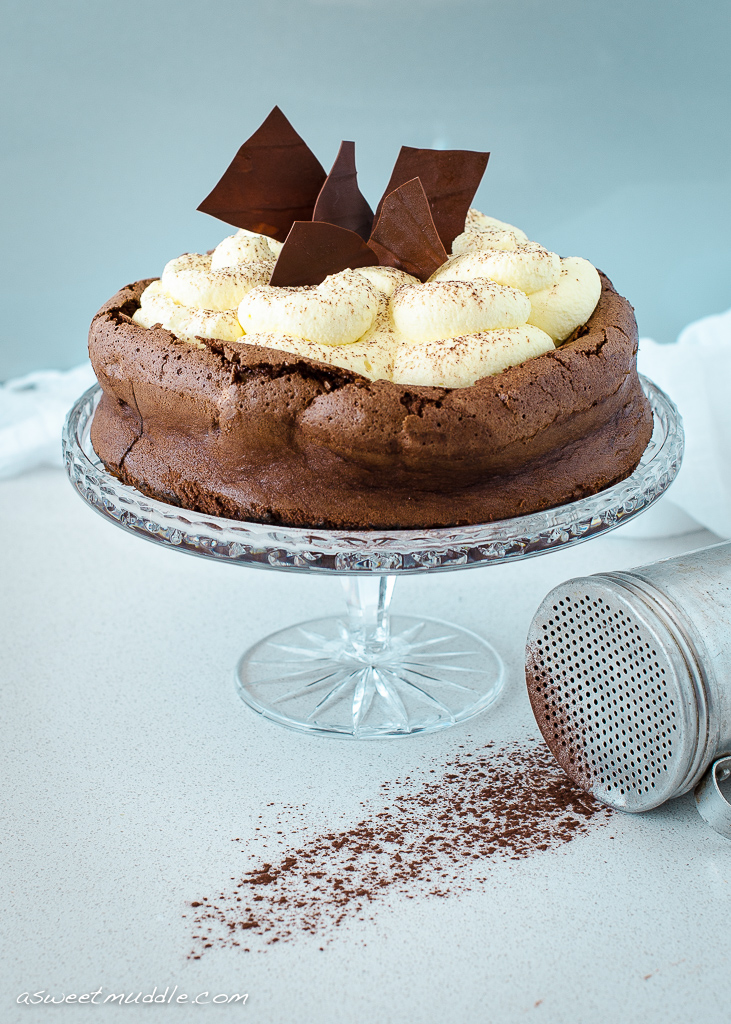 Well, I was wrong. After six years in the waiting, I discovered that this flourless chocolate cake is extremely easy to make. I also discovered that the cake itself is not as light as air. Rather, the ‘cloud’ in this Chocolate cloud cake is a reference to the light, whipped cream that crowns the cake. The cake itself is gorgeously moist, intensely rich with a subtle hint of orange and yet not too dense (thanks to the whipped egg whites).

I used a recipe which was originally published by Richard Sax in his cookbook, Classic Home Desserts

.  I happened to have a bottle of Grand Marnier in my cupboard so I used 1 1/2 tablespoons of that instead of the 3 tablespoons of Cointreau that Nigella’s recipe calls for.  I’m not a huge fan of orange and chocolate, but I have to say the result was a lovely subtle orange flavour.

As I was making this for a family dinner, I couldn’t help myself and topped it with chocolate flakes, but trust me, the cake will still have its wow factor if you serve it without. 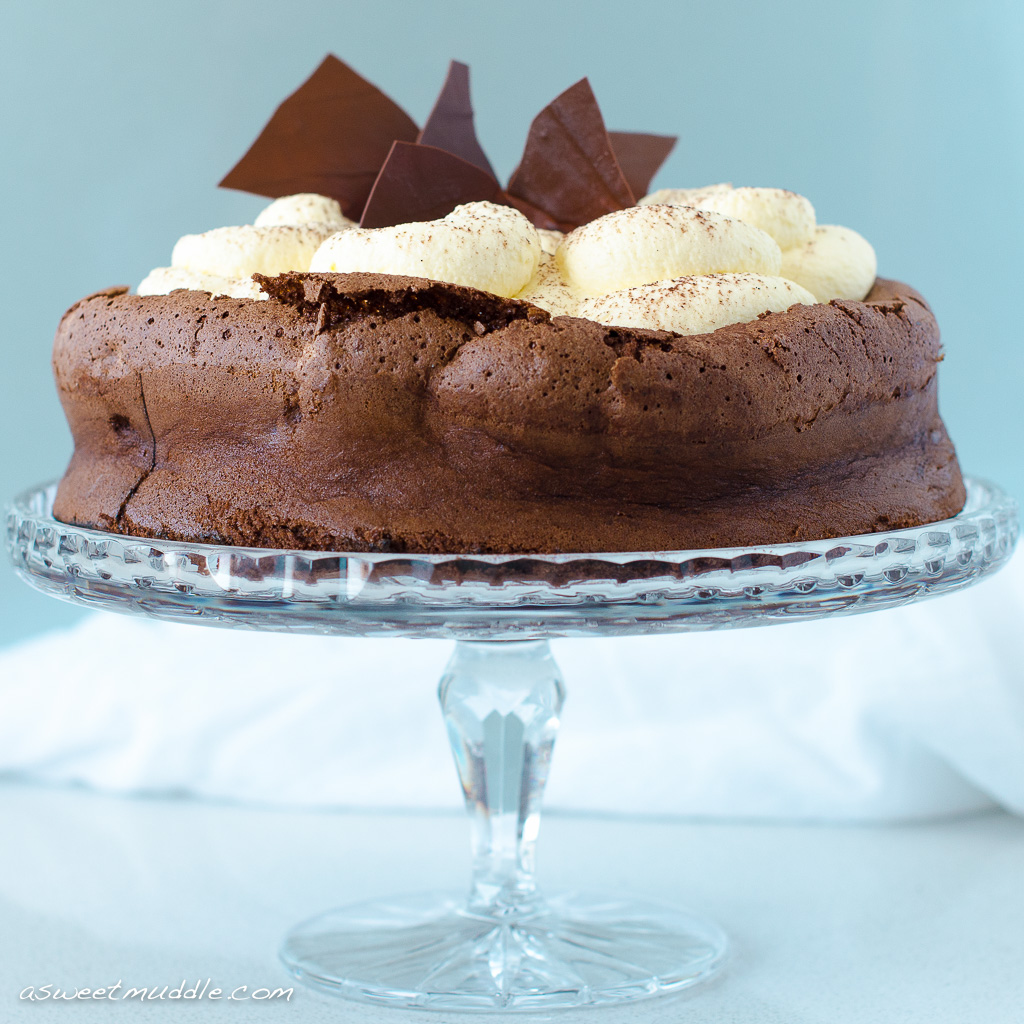